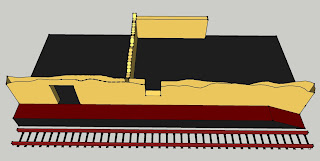 Here is the drawing I created before I started with the building. 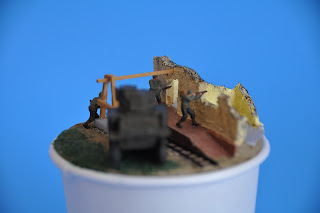 While watching an Italian movie with my wife I had the idea to this small diorama.
It shows the approach of the American Army in an Italian village.
The GIs just received at the train station.
As my space is limited I decided to build a narrow gauge line with two wagons.
The M3A1 Stuart gives the GIs a bit fire support. The tank is from “Panzerdepot” and just out of the box. All soldiers are members of the “Pegasus” Army and are out of the box too.
So here are some pictures:


While working on the train I tried several different tanks - as you can see not all of them fit perfectly.