Panzer I and his variantes 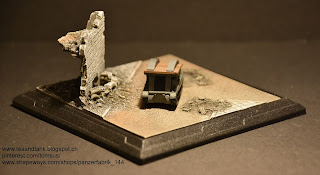 The Panzer I was not the first German tank after breaking the Versailles contract, but it was the first one built in bigger numbers.
But very fast is was clear, that with this design  no war could be won. Parallel the German army introduced the Panzer II and not much later the Panzer III and Panzer IV.
So the Germans had huge numbers of obsolete tanks. So there is no surprise that for the Panzer I several different applicants were tested.
With the new tank kit from F-Toys you can get two tanks, easy to assemble and a fair price.
So here is an overview, about all my changes to the Panzer I main design I built: