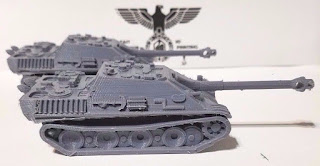 Yesterday evening I checked Ebay for some interesting offers in the scale 1/144. So I was surprised to find more than 30 new models all in 1/144 for sale. They all come from the US, shipping is not so cheap, but some of them are really interesting variants.
The bad point, the quality is not that good, it is not a high end 3D printer, and the seller says it too: produced for wargaming. So if you look for some interesting models for am acceptable price, check this seller: ebay-seller


and here some of the highlights: 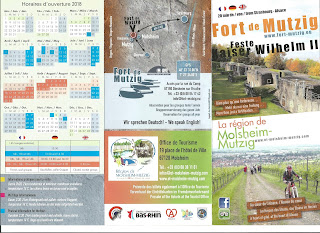 Last weekend we drove to a wedding in France. During driving in direction of Strasbourg we passed Mutzig a small town here in Elsass. By passing by, it reminded me that I have the best German Bunker close in my Neighbourhood. No kidding, but the most important Bunker of Europe is in Mutzig.  But why is this Bunker so important?
In Mutzig the Germans built for the first time a fortification with the modern (at that time) reinforced concrete. Instead of walls only concrete and steel. Today you can see the difference, the fortification still looks good, the guns are a bit rusty but that's all. Definitely a trip worth!

Only one remark, inside it is wet, cold and dark, so better do not visit it with shorts and flip flops :-)

One last comment, the fortification was built by the Germans in the year 1893 while Germany had Wilhelm II as emperor. At that time the Elsass was German territory, even we had close by two World wars, the fortification never saw any action.
http://www.fort-mutzig.eu/p…
Kommentar posten
Mehr anzeigen
Weitere Posts