Renault AHN truck, a new truck for the 1/144 Wehrmacht 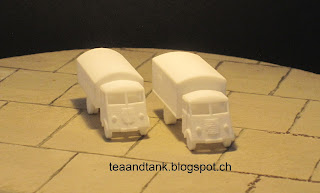 During the complete second world war, transportation was always a bottleneck for the Wehrmacht. How important this was, you can see on the African Theater. There the trucks used over 80% of the gas they had to bring to the front line by themselves.
In Russia they could use trains, but there was the problem, that Russians had a different, more wider railway gauge.
So I thought I should get some more trucks.
While you can get the Opel Blitz trucks from different companies, the Büssing truck and the Einheitsdiesel from Panzerdepot and Arrowheadminiatures, there are no other trucks available on the market.

But the Wehrmacht used much more trucks, actually they used everything they could get. In France they pressed Renault, a French truck and car company to continue with the production of the Renault AHN truck. This model was designed and built for the French Army and served then until the end of the war with the German Army. Besides Africa, the truck was seen an all places.

So here are my two…
Kommentar posten
Mehr anzeigen

Panzer II with mine roller 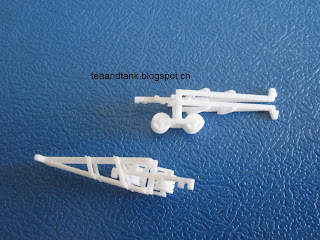 Today I present a minor change. I added mine rollers to a German tank II. Mine rollers are known with British or American tanks. But German tanks with mine rollers? In fact, there had been some designs but none of these studies came to the troops in bigger numbers.

This version was tested in Africa with the Afrikakorps

So the set with two mine rollers can be bought from Shapeways. Check here.