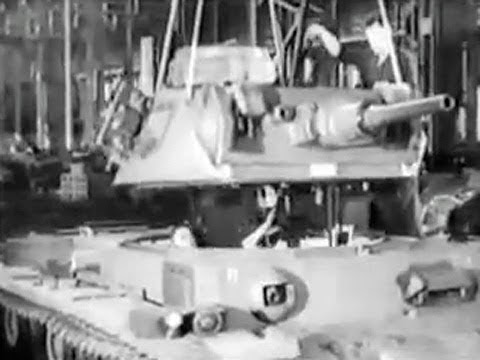 I allready should some preview of my latest diorama close to last Christmas. Between Christmas and New Year I finalized it and painted the last figures.
The diorama is based on my wooden boxes, the side walls and the back side are made with plastic sheets. The lathe and the big drilling machine are 3D printed the same with the work benches and most of the small thinks I used. The three tanks are form Dragon. All workers are from a set which I bought at Shapeways some years ago.
The crane is made with plastic sheets, clue and paint.

A bit about the historical background for my diorama. The Germans built the Tiger tank at the Henschel factory in Kassel. The production was very expensive as the design was complicated with a lot of handcrafted steps. everything was so top secret, that only German workers were allowed to assemble the tanks. Even everything was so secretly, today we have pictures from the production and even some video sequences from the tank III production are existing. So ea…
Kommentar posten
Mehr anzeigen

Januar 06, 2020
My friend Carlos convinced me to join him on Instagram. Normally I always tell people, I am too old for such modern stuff and for several reasons you will never find me on Facebook. But this weekend I created my Instagram account and started publishing my first pictures. So if you like to see some new pictures, you can follow me here:
https://www.instagram.com/panzerfabrik144/