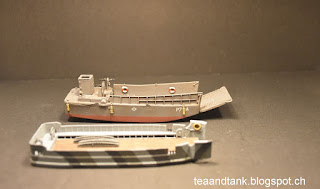 The Pionierlandungsboot 39 could be easily divided into two pieces and then transported by train, the Americans designed their LCM as a one hull solution.