Operation Sealion in 1/144 a German Panzerfaehre 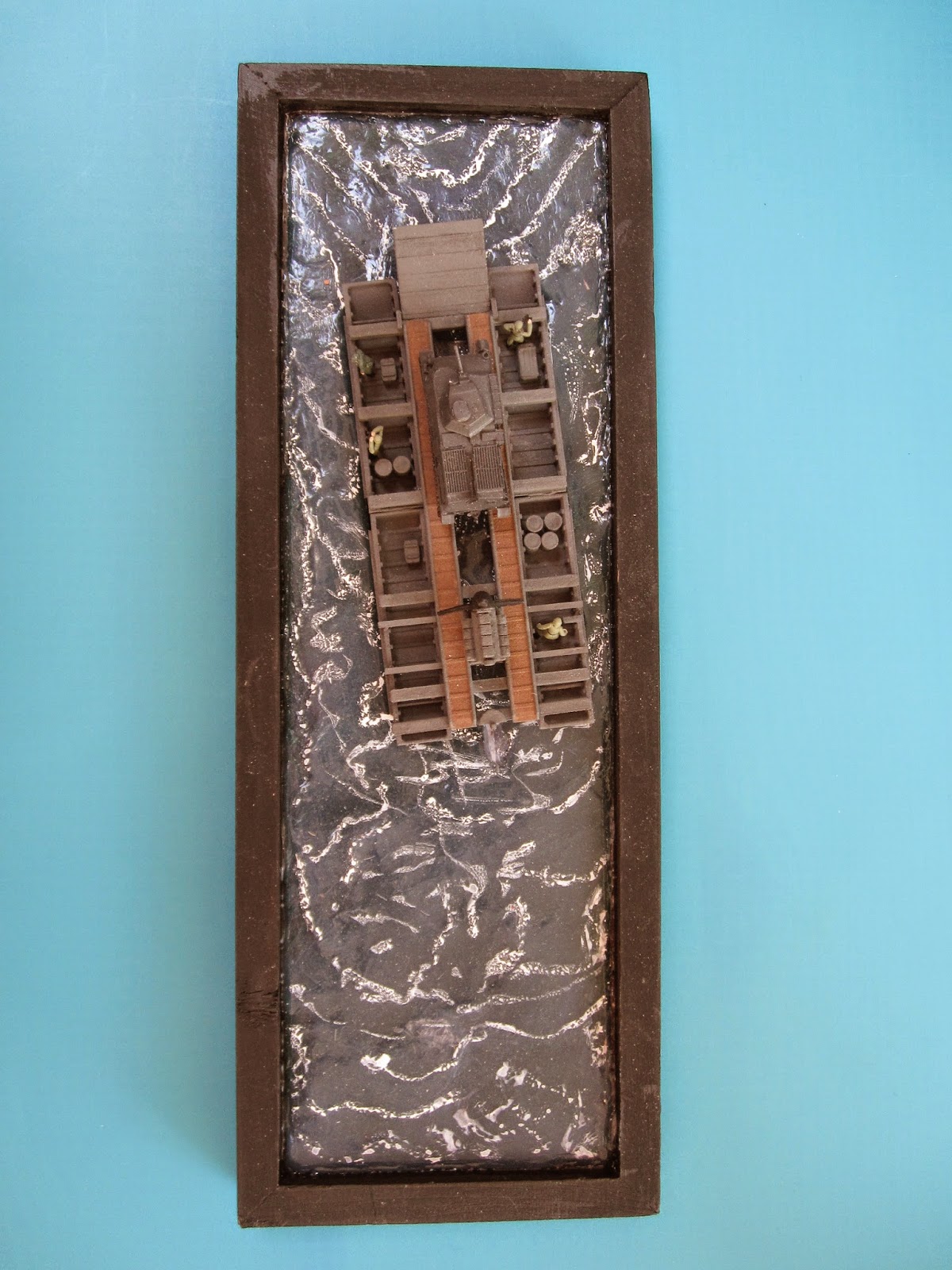 When the Germans reached the channel, they wanted to Great Britain. But at that time neither the Wehrmacht nor the Kriegsmarine was ready for this jump.
While the Luftwaffe started their fight for the power over Britain's skies, the Wehrmacht and Kriegsmarine tried every idea
So they came up with tons of ideas. The Siebel Ferry was developed, the Marinefährphrams came up and many more ideas. One of these Engineers was Hauptmann Siebel. As he was in service with the Luftwaffe, he knew, that there were a lot of no longer used engines from Messerschmitts. A not so good idea was, to put some existing pontoons together to bring, in combination with a no longer used engine from a Messerschmidt Me 109, a tank to the British shores.
These were called B-Fähre 40. I found no pictures and in the standard Book about German ships, Gröner I found in book #7 only one interesting fact. The Wehrmacht made trials with 3 engines form other boats while the Luftwaffe worked with the Messerschmitt engine.