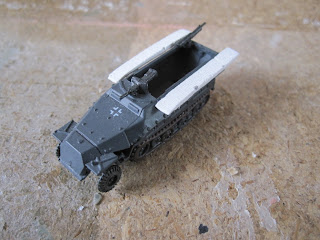 At the moment I work again on a Pionierfahrzeug.
It"s not that big challenge, so I took one of the 21th century models of an Sonderkraftfahrzeug 251 and added the Pionierbruecke or as is was officially called: Sturmbrücke.
On a lot of pictures you can see, nearly every position for fixing was possible. While the original was, fixing on the two holders on the side walls, I saw pictures where the bridge was fixed directly on the sides. 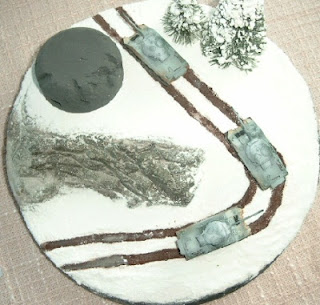 As I stated, here some older dioramas as I have to be patient until our guests will leave.