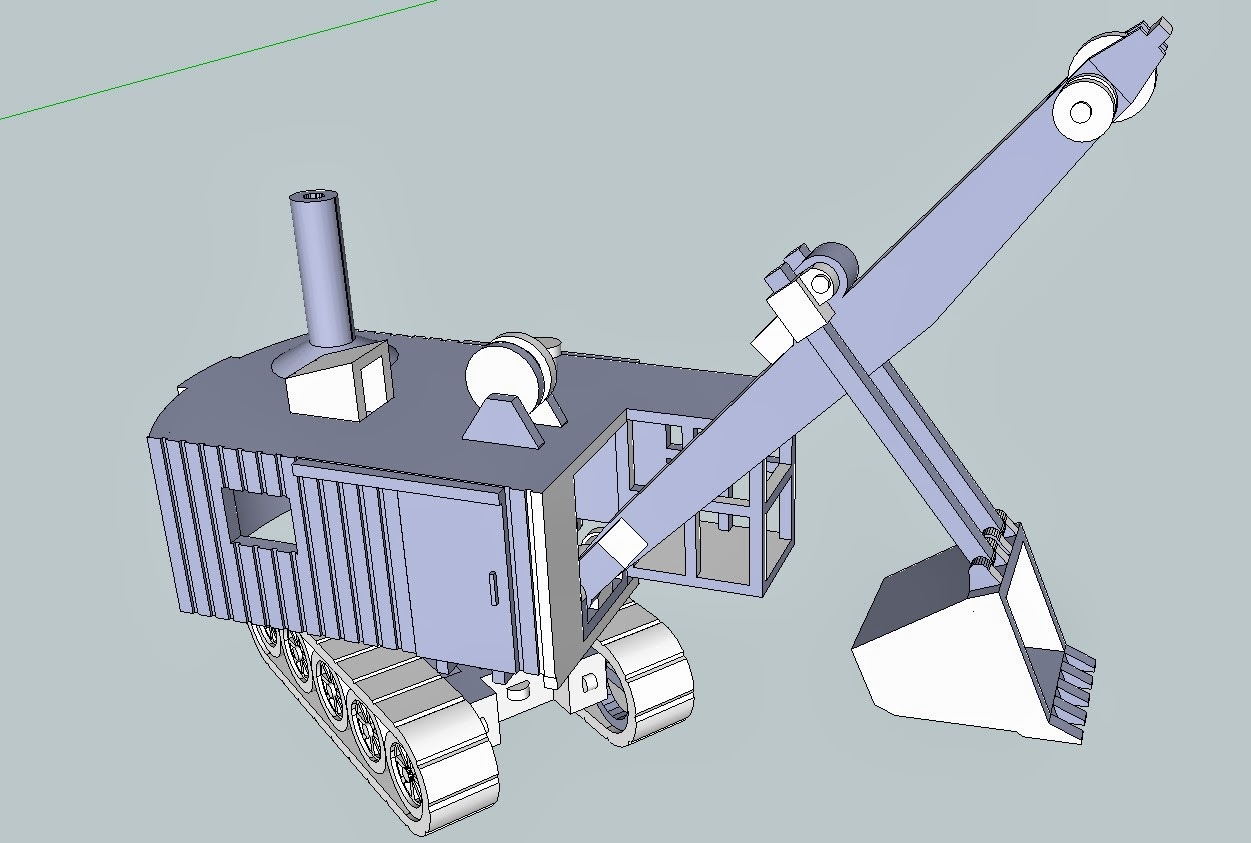 I plan to build something new, not in a relation to any tank, but at least in relation to Bunkers.
To build some of the bigger Bunkers like the U-Boot-Bunkers (submarine Bunkers), the Germans used heavy equipment. Besides narrow gauge trains they used cranes and shovels. On old pictures you can see, they used what ever was available.
So I designed everything from scratch with my 3D program.

The first look on the computer screen


As you can see, still a lot to do, and maybe I have to change the arm, for me it looks too long.
More soon.