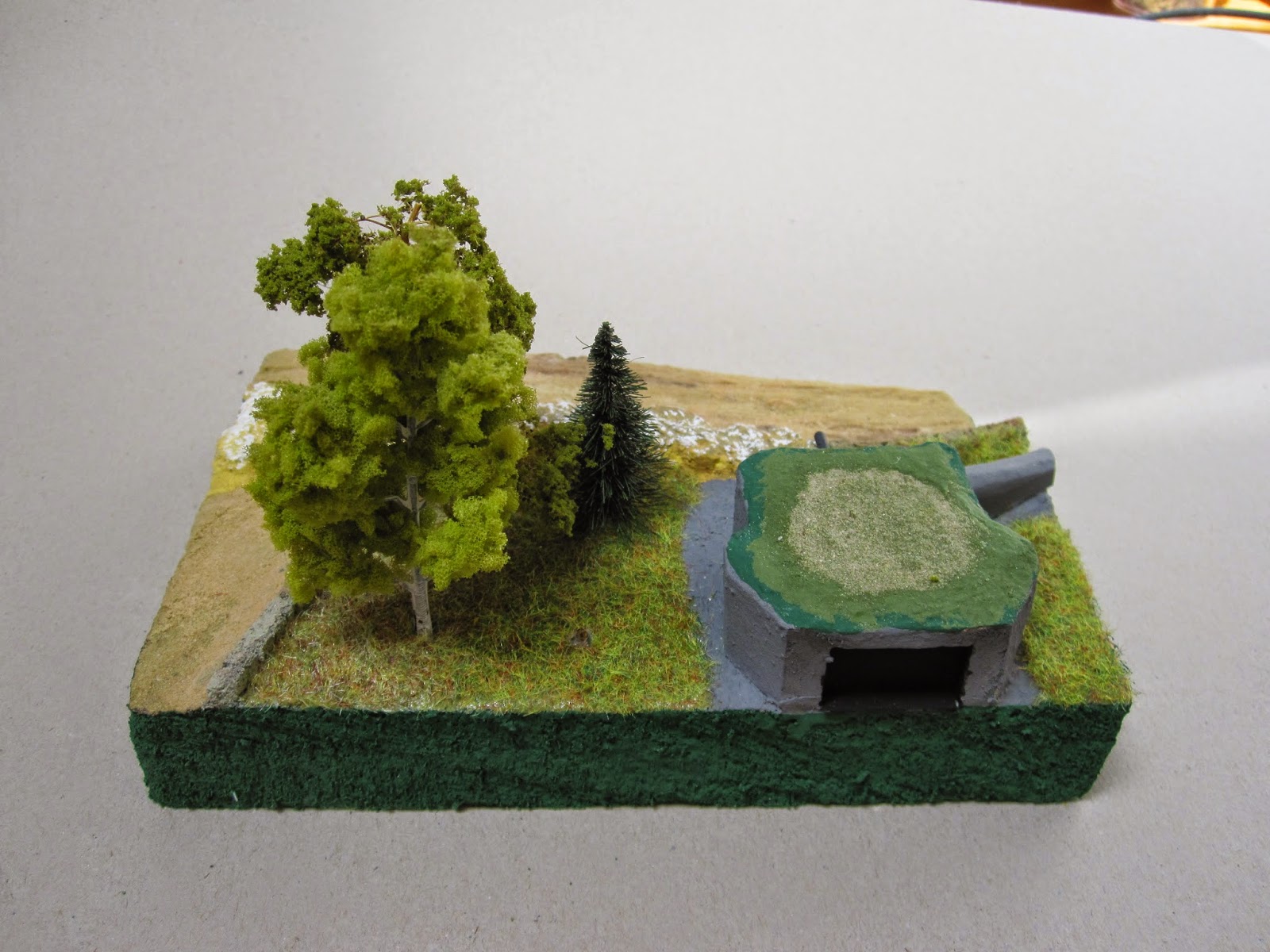 Today I show a German Bunker with a 12 cm gun, somewhere in Europe.
As always, I built everything in my favorite scale 1/144.

The foundation is a piece of foam. The trees I bought some time ago.
Everything was cut of from the bigger piece of foam and then covers with an layer of sand, glue and a nit of gypsum.
The Bunker itself is cut off from a second piece of foam and then later I pained it several times with gray paint. The wall was done in the same technique.
The wall and the stones on the front side are engraves with several tools and the rest was only paint.

The Bunker is similar to one I saw on an Italian forum. The Germans built in a lot of countries their Bunkers.
In Italy the situation was a bit different.
In France they had the Maginot line close to the German Borderline.
On the coast, from Spain to the Nederlands, the Germans built their Atlantic Wall. In between there where a lot of gabs, so do not believe it was a closed line.
In Norway and Denmark the Germans bu…
Kommentar posten
Mehr anzeigen
Weitere Posts